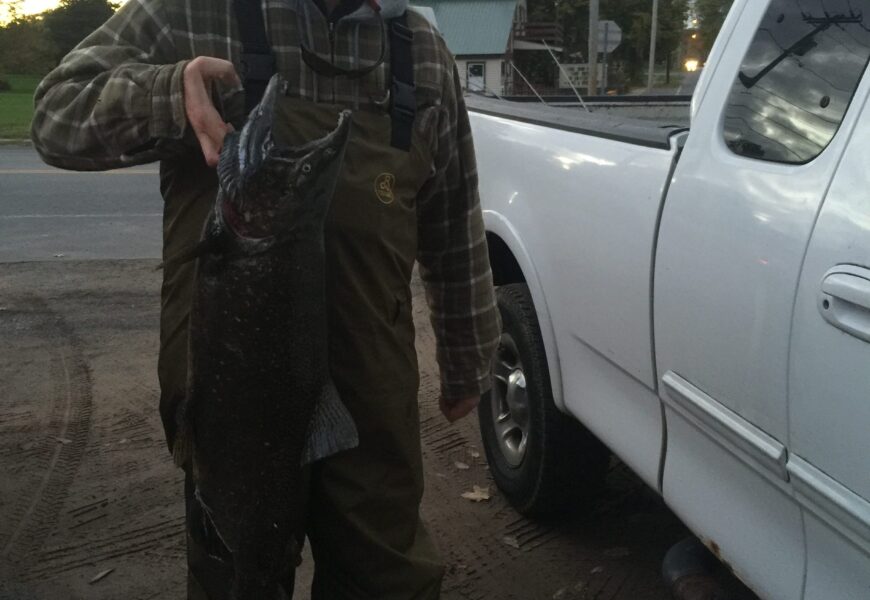 So I was asked by my wife’s cousin if I would be interested in taking a European fishing television crew on a filmed guided trip to the mighty salmon river. How could I resist? It was explained to me that the show was similar to river monsters here in the US only they had a lot smaller budget and their audience was only the people on the Estonia which has a populatuon of about 1.5 million people, a fraction of people in New York City. My cousin rented a very nice house in Redfield on the upper Salmon River reservoir. We had been in a drought for quite some time and even the reservoir was down to a trickle. The Salmon River was also very low, but the water was good enough a week before to bring in some large runs of king salmon and coho salmon. Of course I was also concerned with the crowd that we were going to encounter.  Normal fishing that time of year is elbow to elbow.  Anyone who ever fished in the Salmon River would certainly know it can be a zoo! I told the Estonians we needed to get up very early in the morning at 3:30am, because as anyone who’s been there knows the Salmon River attracts 10’s of thousands of people from all over the world in sept/oct when the fish are running. I took them to one of my favorite spots by the staircase but of course the water was so low no fish were holding. They were just shooting straight up the river scared out of their minds as the water was gin clear. We didn’t even hook one fish and we got there four hours prior to first light! The Estonians thought I was nuts because I told them we would catch fish after fish (like I have done so many times over the past 25 years). The crowds were there but quickly realized the fish were not. So I decided to take my Estonian Comrads to the upper section of the River. Here we crossed the river and started to walk down stream and came upon a beautiful eddy with a large tree half way across. I quickly started to hook fish after fish it was a pretty hot for about three hours.  The first fish i hooked shot underneath the log down river so I jumped in the water and was able to finagle myself under the log to continue to chase the fish downstream.   It was a tough place to land a fish on the bank so I had to borrow somebody’s net.   It started to get pretty exciting as we all started catching fish.  I was miked up and helping the Estonians learn how to hook the fish. At the end of the trip everyone had a great time, matter-of-fact the Estonian film crew told me they were going to take away one of their previously filmed shows and replace it with two of our salmon river excursion. So anyone in Estonia keep an eye out for me.  I’m the American guy with the subtitles with the FlipRocks hat LOL – tight lines!
Anthony 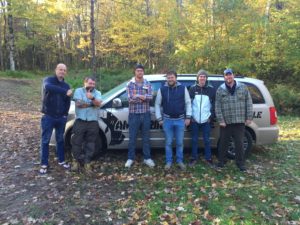 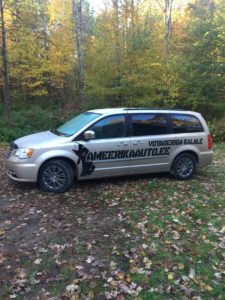 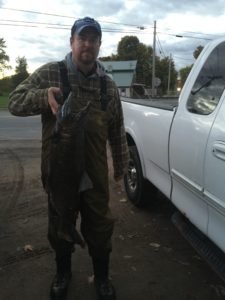 About the author: Anthony Graffeo

Anthony has been an avid outdoorsman and sportsman ever since he was a child. Anthony's main passion is fishing. Hunting for fishing in any aquatic environment has a an effect that can only be felt by others who share the same lifestyle. Anthony is also an Entrepreneur who loves non-conforming to societal demands of mediocrity. Born into the dot com error, technology has always been where I have drawn a salary. My dreams were to create a company that I could bring my passion of the outdoors and my business skills together. Hence FlipRocks was founded. Tight lines!